Everything I Never Told You:

Secrets Too Beautiful to Keep

A collaborative exhibition by Shelley Chamberlin and Michelle Daly 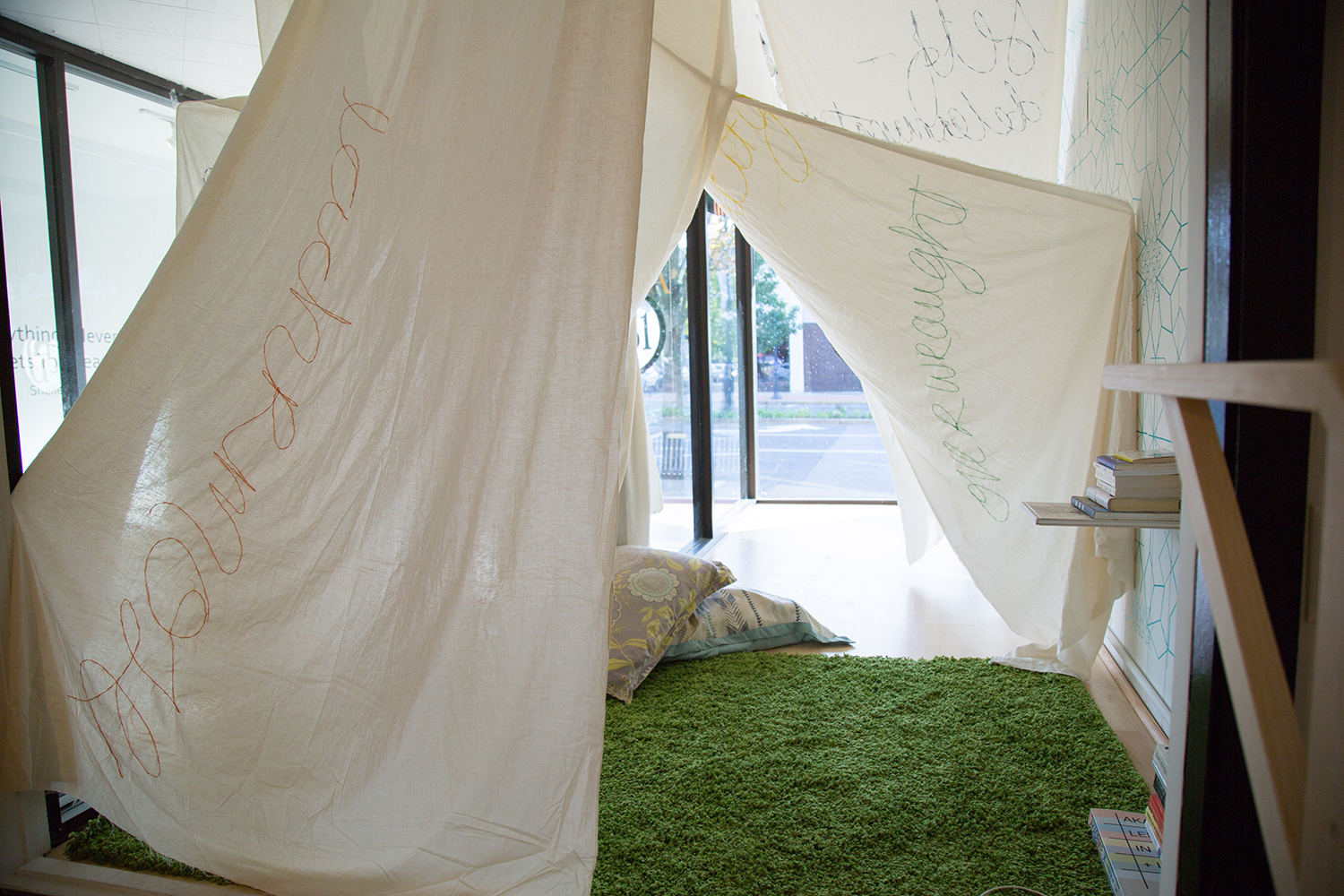 In Everything I Never Told You: Secrets Too Beautiful To Keep, Shelley Chamberlin and Michelle Daly explore themes of vulnerability, intimacy, relationality, nostalgia, memory, disruption, determination, absurdist humor, and hope. As longtime friends, artistic collaborators, and conceptual partners, the two artists have worked in tandem; their artistic trajectories gapping and converging, illuminating spaces and places for each to delve more deeply into their individual inquiries. This exhibition maps these moments, highlighting intersections and commonalities.

“Conversation is the vehicle for change. We test our ideas. We hear our own voice in a concert with another. And inside those pauses of listening, we approach new territories of thought. A good argument, call it a discussion, frees us. Words fly out of our mouths like threatened birds. Once released, they may never return. If they do, they have chosen home and the bird-worms are calmed into an ars poetica.”     —Terry Tempest Williams,  When Women Were Birds

Chamberlin and Daly’s Postcard Project is a visual artifact of this play of ideas in conversation between the two artists over the last year as the exhibition has developed. The postcards are numbered so that you may follow along in the chronology of their shared moments of exploration and dialog. 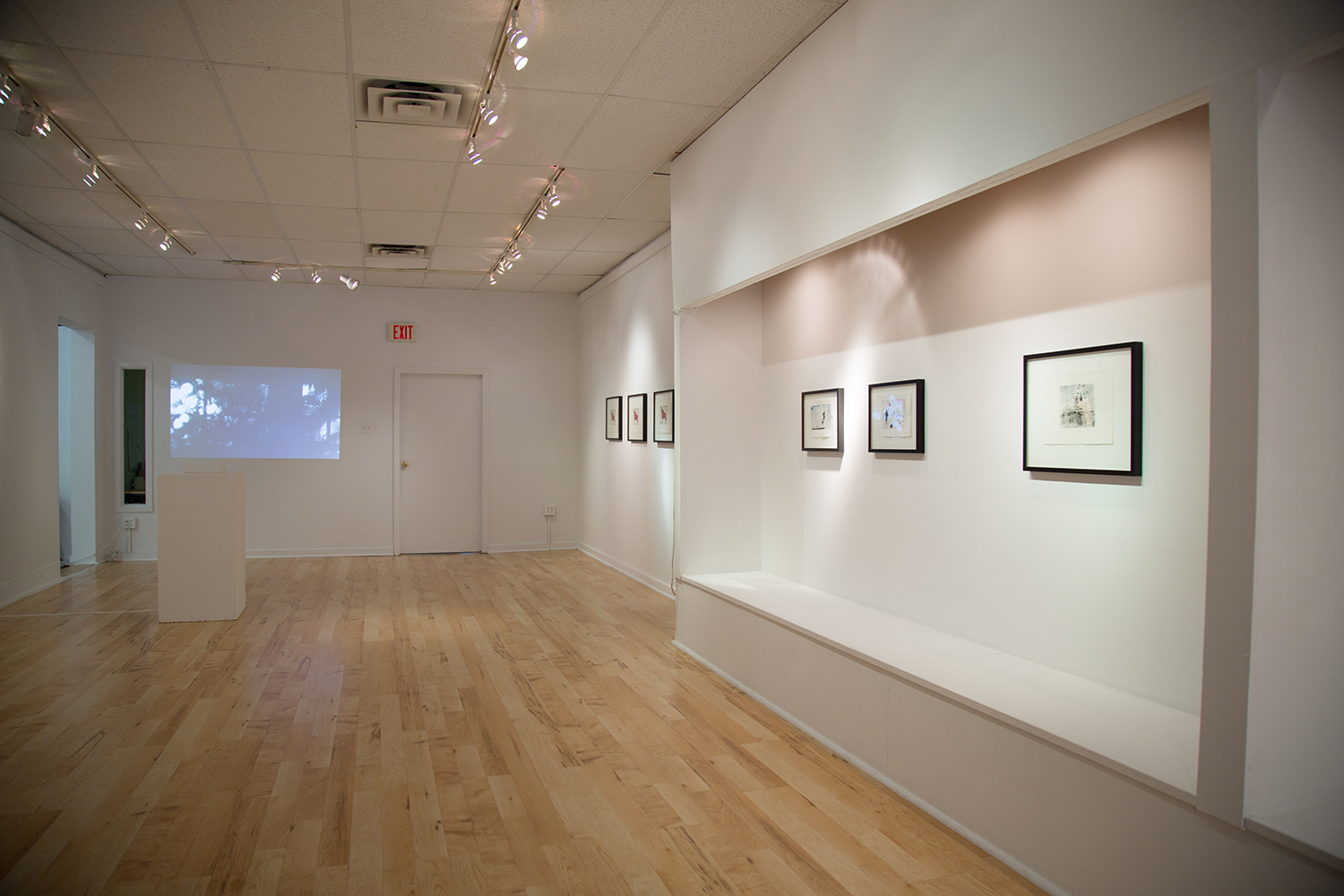 In Everything I Never Told You: Secrets Too Beautiful To Keep, the artists grapple with their individual and collective relationships with placemaking and home, ultimately reckoning with the very nature of vulnerability and risk. In Skyline #1, 2, and 3, Chamberlin plays with disruption and manipulation of space, using glitches in digital photography as source material for richly layered charcoal drawings. She pulls together traditional and contemporary ideas and methodologies of image-making, creating imagery that is simultaneously dislocating and elegiac, offering a new vantage point from which to understand selective erasure and passage of time. Similarly, in Re-imagined Landscape, Daly disassembles and reassembles maps and patterns, creating new and foreign landscapes. Both the play of scale and the juxtaposition of imagery tease the viewer into an alternate reality, an imagined space re-formed by the artist’s heart and hand. In this way, both artists are merging familiar and unfamiliar territories, manipulating visual cues of location and dislocation. 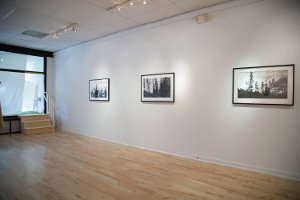 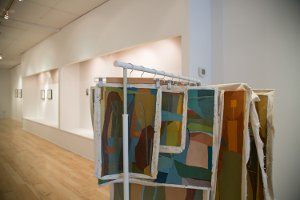 The artworks on view in this exhibition play with revelation and concealment. They are an invitation into the quiet places, the small daily intimacies, the hundreds upon thousands of whispered secrets—secrets too beautiful to keep.

See more of the artists' work at:

A solo show by Melanie Mowinski 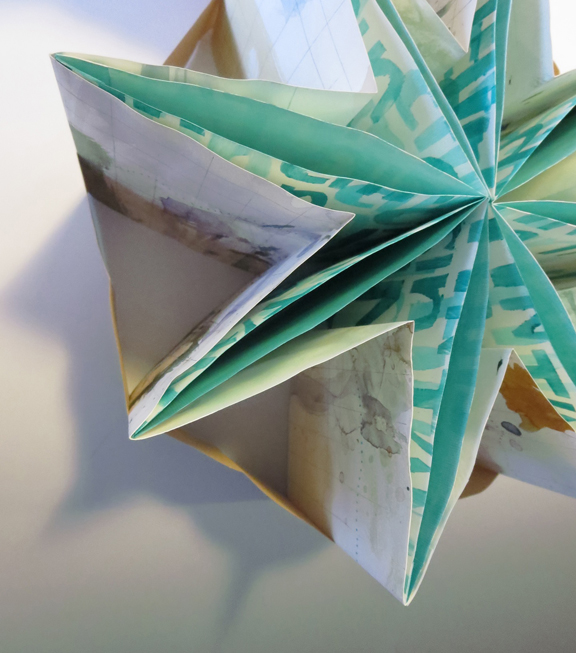 Wayfinding is about trusting the way and understanding the many paths to get to the same destination literally and figuratively. Through installation, letterpress, book arts and collage, artist Melanie Mowinski presents an investigation of the motivations behind the paths taken in life.  For more information about Melanie and her work please visit melaniemowinski.com.

Taught by Professor Laura Thompson, MASS MoCA’s Director of Education and Curator of Kidspace, MCLA's Advanced Museum Studies spent the semester exploring the many ways in which objects are arranged and interpreted in museums to influence viewers' understandings of art, history, and social concerns.

Featuring the 300 sq ft. installation of a golden, elaborately woven carpet made of bullets by artist, Raúl Martínez, and interactive opportunities developed by students, Bullet Points is a means to open discussions about the complex nature of guns in BCRC's ExPRESS space on 49 Main St. North Adams MA. 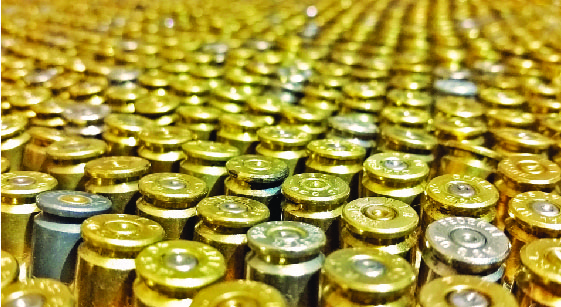 This exhibition will introduce the work of six MCLA senior art majors and the artistic achievements of their 'Senior Art Project' course, the cornerstone of the MCLA art major. Taught by visiting assistant Professor of Art Josh Ostraff, this year's students focused on the idea of “conviction” – defined as a firmly held belief or opinion.

Predominately working with two-dimensional work, using a wide variety of subject matter, the students’ work connects through the conviction of their artistic practices which have grown and developed throughout the semester. Work will be on view in MCLA's Gallery 51, on 51 Main St. North Adams, MA.

A solo show of recent work by Karen Moss

Throughout her 40-year career, Karen Moss has created two-dimensional artwork that weaves a delicate line between narrative and social commentary. Often inspired by news items relating to problems in society – such as eating disorders, youth violence, homelessness, consumerism and environmental devastation – Moss engages her audiences through her use of pop imagery, delicate line, humor and fantasy. Moss has been inspired by stories and illustrations from children’s books and animal life since her childhood. Drawing has always been a strong component of her work, and paper is her preferred medium. Combining these interests and inspirations helped to shape her involvement with narrative, art history and the natural world for 'What's Next?' opening March 3rd. 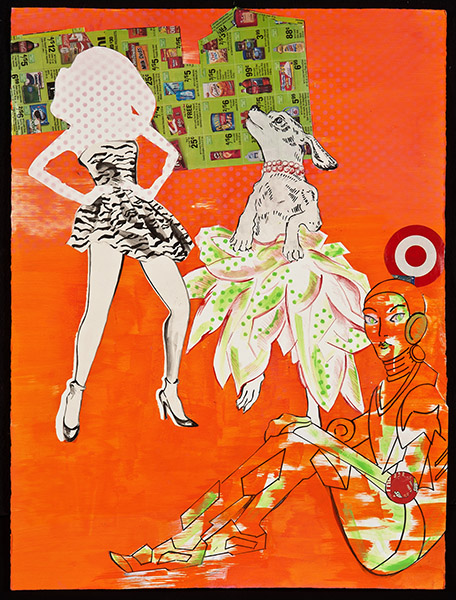 #BlackLivesMatter first came to light in 2012 when a young, unarmed, black male, Trayvon Martin, was shot and killed. Martin’s death and the acquittal of his accused killer sparked protests and the Black Lives Matter movement. The movement – started by Alicia Garza, Patrisse Cullors and Opal Tometi – challenges the anti-black racism that plagues society today, Mowinski said.

Artists were asked to submit works of all mediums to answer the question, “What does #BlackLiveMatter mean to you?” They were encouraged to explore from the literal to the conceptual underpinnings of Black Lives Matter and to examine the impact of state and national violence on black lives>, Mowinski said.

The exhibit strives to encourage and incite conversation about race relations, the importance of black lives, and proposals for what we each must do to make a difference in our society regardless of our gender, race or place in society.

The exhibit includes artworks from 30 artists from 17 states at varying stages in their careers: from emerging to established artists. The mediums of the artworks include traditional art forms like drawing, painting and sculpture, but also time-based mediums like video and artist books as well as participatory pieces.

Kandy Lopez, Where are the superheroes? Silkscreen and watercolor, 2013

see more images from the exhibition on our flickr page